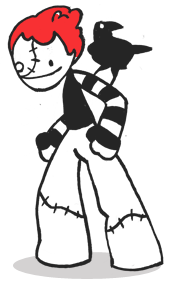 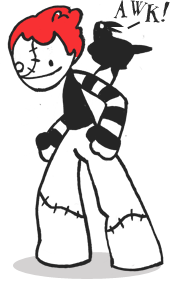 Kirsten Irving is a Lincolnshire-born, London-based poet and voiceover, and one half of the team behind collaborative press Sidekick Books. Her work has been published by Salt and Happenstance, widely anthologised and thrown out of a helicopter. She has won the Live Canon International Poetry Prize, judged competitions, and taught courses on folklore in poetry. Her second full collection, Hot Cockalorum, is out now from Guillemot Press. Kirsten works in a library, writes about toys, and is planning her woodland burial. 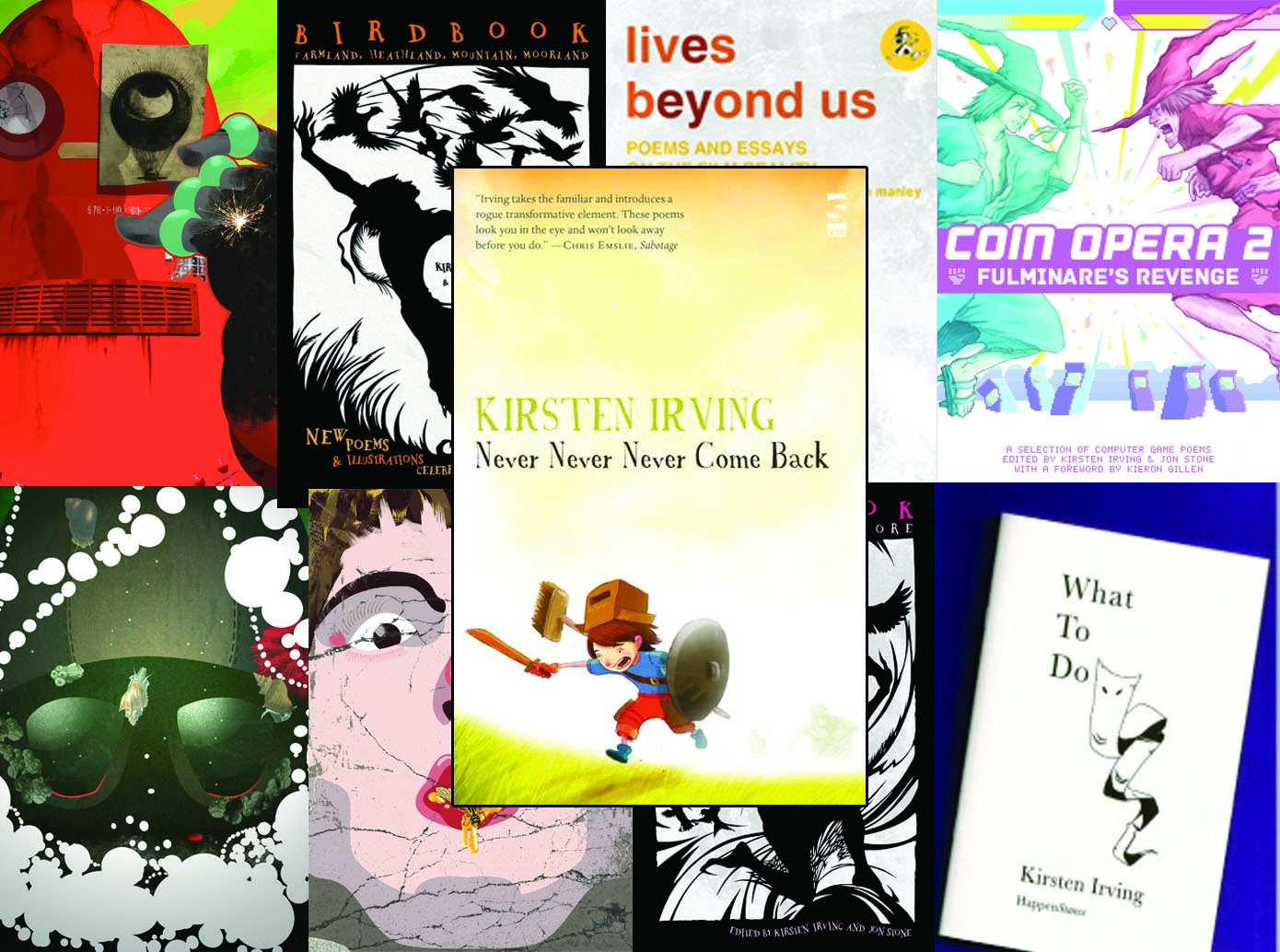 Based on the KÅshun Takami novel Battle Royale and the cult 2000 movie adaptation by Kinji Fukasaku, RUN is a series of short poetry portraits, written and voiced by Kirsten Irving and brought to life by animator Noriko Ishibe.

The Head That Wears A Crown: Poems about Kings and Queens (The Emma Press, 2018) edited by Rachel Piercey and Emma Wright

There Was a Knock at the Door: 23 modern folk tales for troubling times (The Real Press, 2016)
edited by Andrew Simms, with a foreword by Philip Pullman

Can I Borrow a Feeling? poetry and illustration inspired by The Simpsons (Clinic, 2015)
edited by Rachael Allen, Sam Buchan-Watts, Sean Roy Parker and Andrew Parkes

Where Rockets Burn Through: contemporary science fiction poems from the UK (Penned in the Margins, 2012)
edited by Russell Jones

Adventures in Form (Penned in the Margins, 2012)
edited by Tom Chivers

Society of Authors Grant for Work in Progress, awarded September 2019

‘Namazu at the Physicist's Funeral’, Commended in the 2018 National Poetry Competition

‘Shogo Says’, winner of the voucher prize in the Troubadour Poetry Competition 2016

‘RUN’, awarded a Lo & Behold grant from the Poetry School

‘Huixtocihuatl, or Salt’, commended in the 2015 Charles Causley Poetry Prize

‘In the morning the light passes through us’, shortlisted for the Bridport Prize 2015

‘Hazard’, shortlisted for the Bridport Prize 2013

‘Recipe for a Saint’, commended in the 2013 Forward Prizes

The Lincoln Imp's Birthday, created in collaboration with BBC Radio Lincolnshire as part of #BBCLocalPoets, a celebration of local culture across the UK for National Poetry Day 2018.

Interview with Paul Brookes for The Wombwell Rainbow

‘Playing a Part: Imposter Syndrome in Literary and Kink Communities’, article for the Writing While Deviant series @ The Rumpus

The fourth and final volume of Sidekick’s wildly ambitious Birdbook series. New illustrations and poems documenting over 40 British species, including the razorbill, the avocet, the puffin, the peregrine and the oystercatcher.
More information

The third volume in Sidekick’s Birdbook anthology series, featuring over 40 species celebrated in poem and visual art, including the barn owl, the swallow, most of the corvid family, the quail and the ptarmigan.
More information

Rivers, lakes, marshes and reservoirs make up the backdrop to the second Birdbook anthology, with poems and illustrations celebrating over 40 species, including the osprey, the grey heron, the sand martin, the smew, the pintail and the egyptian goose.
More information

The first volume in Sidekick’s four-part illustrated poetry ornothopedia, now in its second printing. Over 40 species of bird celebrated in contemporary poem and illustration, including the swift, the sparrowhawk, the nightingale and all the beloved garden birds you can rattle a feeder at.
More information

Lives Beyond Us; Poems and Essays on the Film Reality of Animals
edited by Kirsten Irving & Sebastian Manley
Sidekick Books, 2015

Pouncing, playing or mugging for the camera, animals are Hollywood’s unspoken stars. In this genre-bending volume of poetry and essays, co-edited with film scholar Sebastian Manley, we celebrate these non-human actors.
More information

False memory, or Korsakoff’s Syndrome, leads subjects to fill in the blanks of events they never experienced. In this pocket study, poets reconstruct a doomed text from fire, acid and the ministrations of a slow loris. With each iteration, the text takes on new life, and rapidly forgets its old one.
More information

We’ve all been there. Out and about, you suddenly need to conjure an orchard, or transform one dog into one cat. If only you had a pocket tome to advise you on the best charm. Worry no longer! Dr Fulminare proudly presents Pocket Spellbook, a portable grimoire for all your magick needs!
More information

Here, in their long-necked, cloud-dwelling glory, lurk the myths of old Edo and modern Tokyo. Scamper past the river, seek the ghost dog of Chikugo Fields, and watch out for that wind-twitching scarf….
More information

The first ever Sidekick Books release was a micro-anthology of short poems inspired by computer games, from Bride of Pinbot to Bubble Bobble, Space Invaders to Street Fighter II, Paradroid to Portal.
More information

Other projects by K